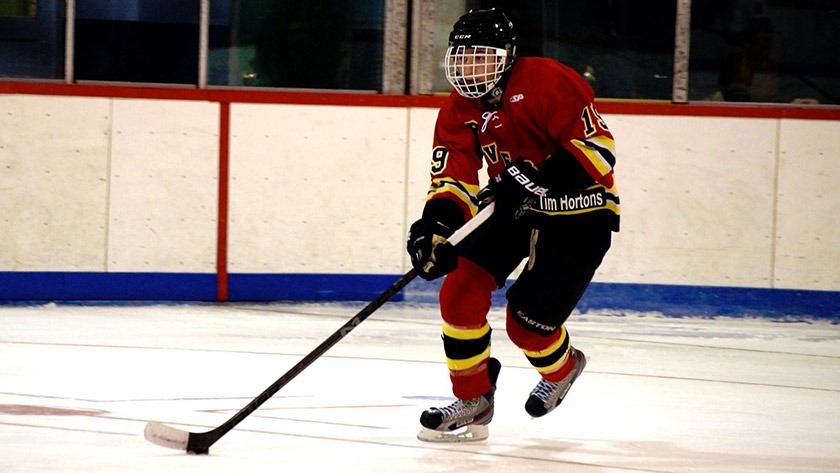 The St. Stephen Aces finalized a deal with the Miramichi Timberwolves, adding highly-touted defenseman Michael Waugh to the organization in exchange for draft picks.

Waugh captained the Miramichi Midget AAA Rivermen last season and was one of the league’s top defenders. He was named a second team all-star.

Waugh is currently in training camp with the Saint John Sea Dogs of the QMJHL.

“Michael was a player we had targeted to get into an Aces jersey,” said Head Coach and Assistant General Manager Josh Hepditch. “Michael comes with high praise from his previous coach. He is an all-around character player, he makes a great first pass and he can move up the ice well to help create offence from the back end.”

“Adding another previous captain to the Aces family speaks volumes about the people we have coming into our organization. Michael fits the mold to what we are trying to create here in St Stephen.”

Les McLaughlin is a website developer by day and a local news reporter/community ambassador by night. You can reach him by email at .

One new case of COVID-19; Zone 5 transitioning back to Orange level